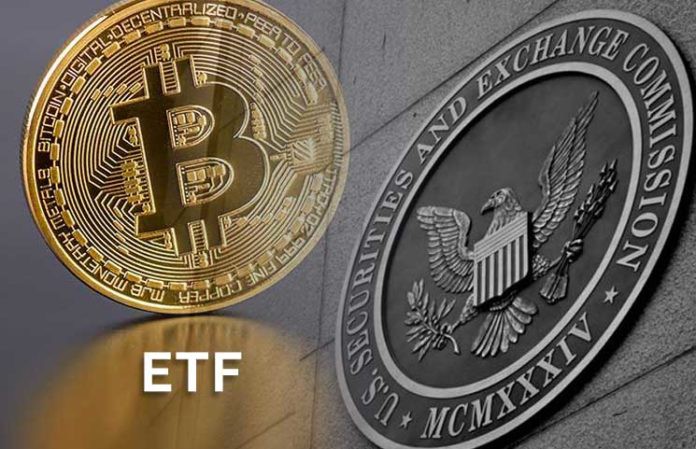 Investment firms Van Eck and SolidX, two firms which proposed a Bitcoin ETF which did not receive SEC authorization, have decided to sell shares of the said financial product but while still being within SEC guidelines.

According to The Wall Street Journal, the two companies’ alternate solution involves selling shares in a limited version of a Bitcoin ETF, which will only be provided to “qualified institutional investors” on Thursday.

The firms based their decision on a loophole found in the subsection of the 1933 Securities Act called 17 CFR § 230.144A – Private resales of securities to institutions. The clause enables issuers to sell privately placed securities to qualified investors without needing any registration or licensing from the SEC.

“The VanEck SolidX Bitcoin Trust (the Trust) will issue shares (the Shares) to Qualified Institutional Buyers (QIBs) in accordance with Rule 144A under the Securities Act of 1933, as amended (the Securities Act).”- announced the companies.

The SEC verdict on Van Eck SolidX Bitcoin Trust ETF is set to be given until October 18th, but Van Eck and SolidX will attempt to use 144A in order to showcase the that investors are interested in the product and that their Bitcoin ETF can work.

The shares will allow institutional investors to get involved with the Bitcoin market without having to actually buy and own the crypto and without worrying about thefts and losses, as the trust is covered by insurance.

On the other hand, VanEck and SolidX made the confusing statement that the shares “provide institutional investors access to a physically-backed bitcoin product that is tradeable through traditional and prime brokerage accounts.”

“Institutional demand for bitcoin exposure is uncertain, because institutional quality vehicles simply have not, to this point, been readily available. We’re introducing a solution for institutions that fits within their operational processes and the current regulatory framework.”-stated the two companies.

RELATED  QuadrigaCX Case to Be Relocated to Ontario

So far, this legal loophole has not been used up until now, so there is no knowing how their offering will go down in the future. SEC has not made any comments regarding the proposal.

Financial lawyer Jake Chervinsky took to Twitter to explain the details of the offering:

“This is misleading. The VanEck SolidX Bitcoin Trust is not an ETF. It looks exactly like the Grayscale Bitcoin Trust, which was launched almost six years ago. Calling this a ‘limited ETF’ is a cute marketing strategy, but that’s about it. Calling it a full ETF is just wrong.”