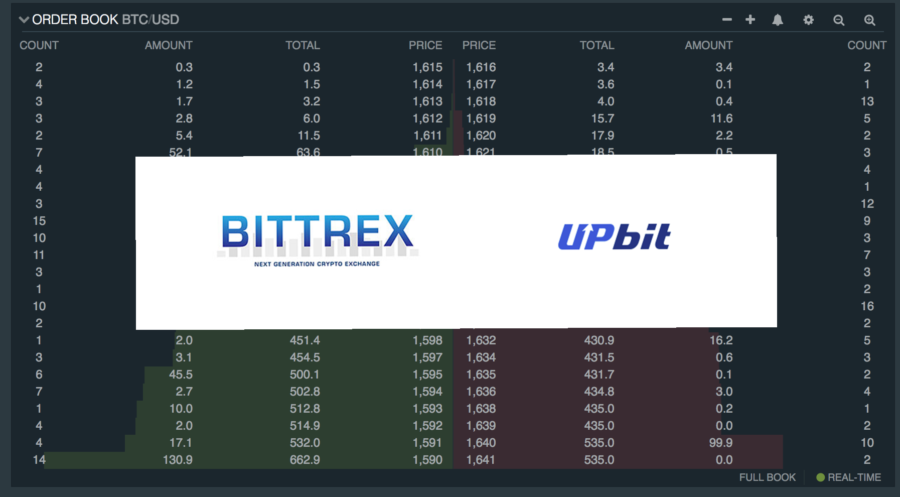 South Korean cryptocurrency exchange Upbit has backed out of its order book partnership with Bittrex due to a rearrangement of its Bitcoin (BTC), Ether (ETH) and Tether (USDT) markets.

According to local South Korean news outlet Decenter, Upbit had agreed to collaborate in a shared order book arrangement, which would have enabled orders from Bittrex to be displayed in the Upbit bid windows.

Upbit announced its users that it plans on making changes in its BTC, ETH, and USDT markets.

“There will be some changes in the BTC, ETH, USDT markets including the introduction of market order, limit order, stop-limit features market orders.”-read the notice.

It was also stated that the KRW market will support transaction without any changes and that the estimated timeline was around October 25th, 2019.

Upbit stated that after the new implementations, some markets may have their trading temporarily suspended, but even if this happens “the deposit and withdrawal of the corresponding crypto-asset will be available during the transaction suspension.”

The original notice did include a reference to the discontinuing of the Bittrex order book. But the text was then altered to remove specific allusion to Bittrex.

The initial post read: “Discontinued order book sharing with Bittrex. As a result [of the changes], you will no longer be able to see orders placed at Bittrex in the Upbit BTC, ETH and USDT markets.”

“Only Upbit member’s orders are displayed on the order book.

Upbit was recently featured in a Blockchain Transparency Institute report which it was ranked among the top crypto exchanges that did not have any recorder wash trading activity. The South Korean exchange also terminated support for its privacy coins due to FATF’s travel rule for money-laundering.