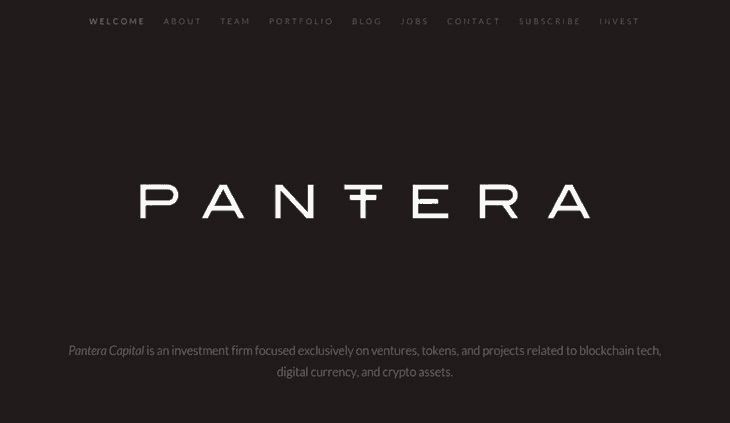 Pantera Capital, a hedge fund and investment company have invested in Polkadot and at minimum three other initiatives which are focused on scalability. Other projects adopted by Pantera are Origin, BloXroute, and Filecoin.

The purpose of the collaboration is to find lasting solutions to major scalability problems being confronted within the crypto ecosystem, and all the four initiatives are distributed ledger technology (DLT) firms.

Also, if things turn out well, the projects will probably be launched before the end of 2019.

“These technologies and apps aren’t developed overnight. The reality is that investing in them is like early-stage venture but with a real-time price feed”.

While speaking on whether the collaboration will bring scalability solutions or not, Morehead stated that blockchain technology is a very important tool for developmental transformation of financial sectors currently operating in this century.
Even though blockchain provides massive innovation to several sectors, it has scalability problems.

“We have been supporting them since their earliest stages of development and are excited to see working products ship. Not only will this bring more liquidity to our ICO funds, but also bring additional robustness to blockchain infrastructure.”

Furthermore, Pantera Capital is an investment entity with experience in traditional finance and developing blockchain technology. On the other hand, Polkadot is expected to make its own contribution by creating a technology which will utilise relay chains and parachains in connecting separate blockchain networks, and in the process enabling stress-free cross-chain communications.

RELATED  Binance 2.0 Launched: Margin Trading Rolled Out to All Users

However, Origin will be focused on developing a protocol which allows the operations of decentralised marketplaces on the Ethereum smart contracts networks, thereby making sure that buyers and sellers are directly connected. It will achieve this by using Ethereum blockchain to remove the requirement of third parties which charge commissions of almost 30% on transactions.