Bitcoin recovery breaks back over $10,000

After starting the day around the $9,500 price point, BTC has seen steady increases on the day so that the token is up 3.88% on the day, which has seen general green across cryptocurrencies. 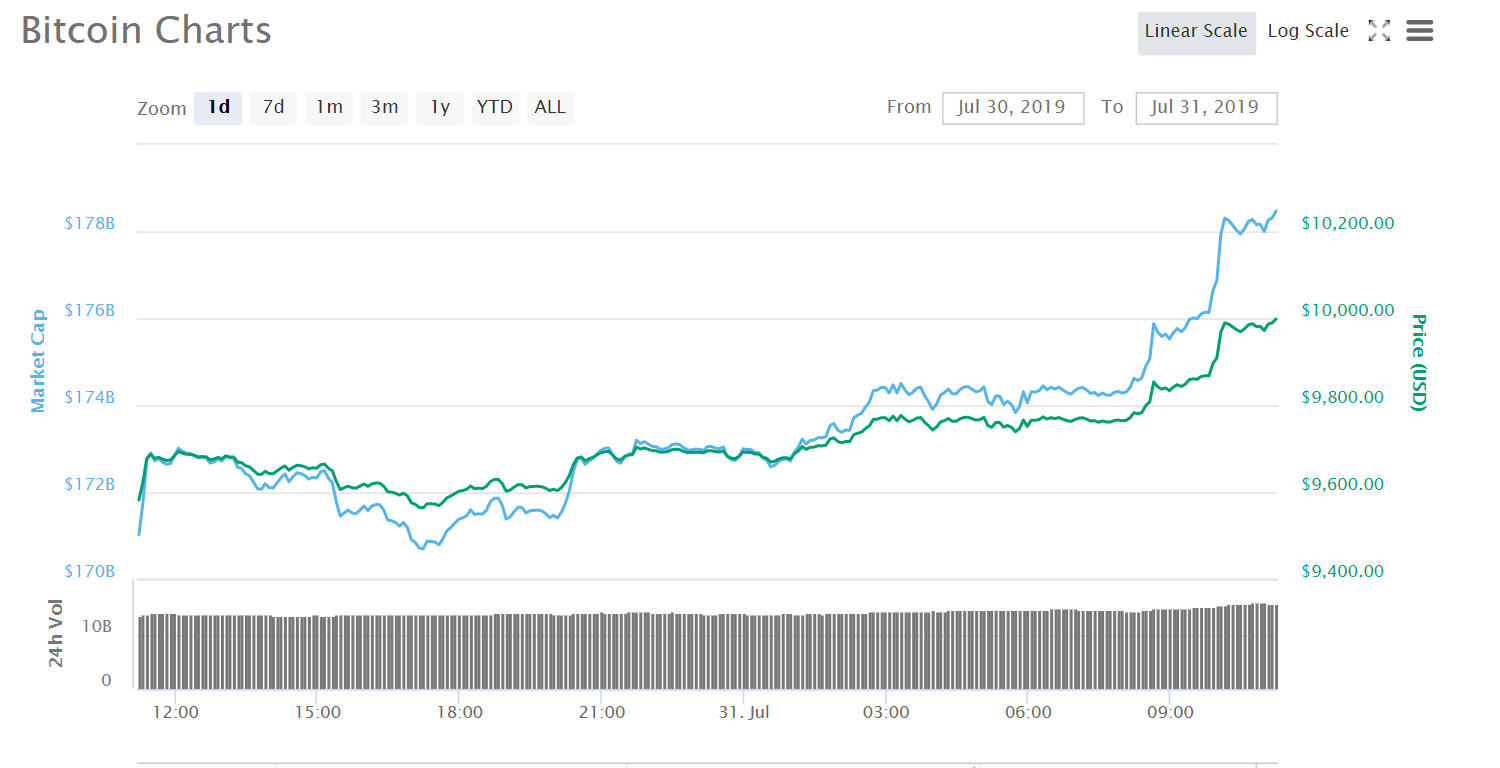 With a market cap of $178.5 billion, the largest cryptocurrency has slipped somewhat since a late June bull market saw BTC peak just shy of $13,900, a price point that had, in turn, not been seen January of 2018.