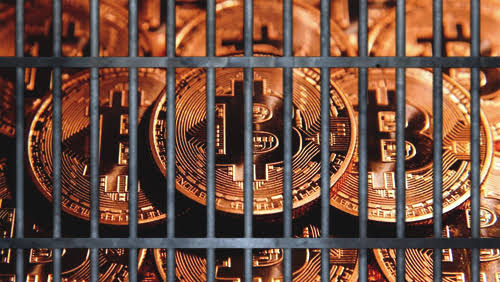 A recent report has revealed that a bitcoin-based drug gang has now been sentenced to a cumulative of over 20 years in prison after being busted by the police in the United Kingdom.

Class A Drugs Were Involved

Robert Price, Colin McCabe, and Toby Woods were selling Class A drugs such as cannabis, cocaine, and ketamine worth over 1 million on the dark web, and even shipped as far as Australia.

While explaining how the gang got caught, the report revealed that the FBI was firstly alerted of the self-proclaimed ‘Project 4’ drug ring by UK police. The leader of the gang McCabe got a sentence of 12 years from the Aylesbury Crown Court, while Price was sentenced to 9 years and nine months, and Woods received 14 months for his participation.

The gang was caught using DNA matching after connecting envelopes containing drugs to the culprits.

Also, the police found further evidence upon arrest. These included phones with numerous addresses and packing materials. 580 grams of MDMA and over a kilo of cannabis resin was discovered at Price’s address.

While giving his statement regarding the drug ring, Judge Francis Sheridan said Project4 “was as professional and well organised an operation as I’ve ever encountered.”
He then added that Bitcoin helped keep the operation under wraps, the judge further claimed.

“McCabe was the key player in the organisation and coordinated the buying and selling of the substances and used encryption software and the dark web in an attempt to remain anonymous.

Unfortunately for McCabe and his accomplices, we have a dedicated team of cyber specialists working tirelessly to identify those looking to utilise the internet for illegal purposes, and we are completely driven to apprehend such criminals and bring them before the courts.” he added.