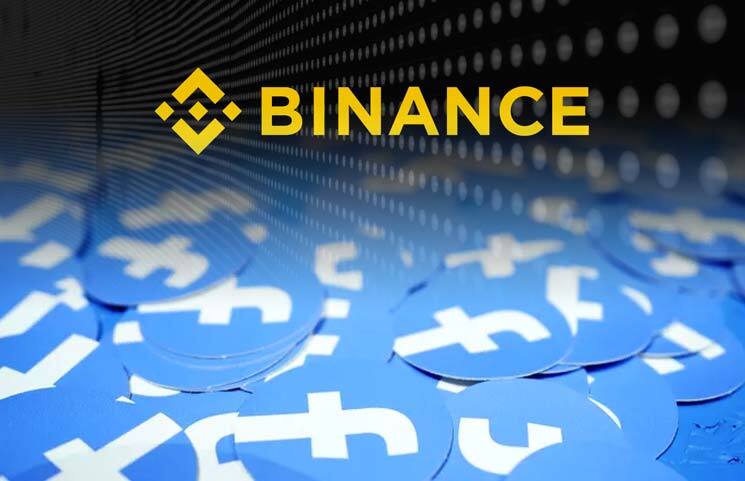 It was recently reported that Binance is discussing with Facebook about listing its Libra cryptocurrency or joining the Libra association.

Binance CSO Gin Chao has confirmed that “discussions have taken place with Facebook”. Binance is interested in listing Libra on its platform once the project goes live.

Gin Chao stated that Libra will run a private blockchain which will not require external liquidity, however, he also speculated that Facebook may want to get involved in a secondary market.

“With regarding to listings specifically, right now they are going to be on a so-called ‘private chain.’ So that means they won’t be looking for external liquidity.

“However, from what we understand the potential to be, that would lead them to wanting a secondary market. Currencies benefit from a secondary market, so it would be in their best interest to want to be listed.”– explained Chao.

Prior to Binance, Gin Chao also worked at as corporate development executive for NBA and DELL.

Binance also has plans of becoming a Libra node. The Libra Association currently comprises of 23 high-ranking companies which will act as one validator node. Uber, Visa, Lyft, and eBay are companies that have already joined the association.

There will be a total of 100 nodes, therefore there will be 100 companies by the time the project goes live. Binance is interested in joining the association. But in order to become a node, a company must pay an entry fee of $10 million.

While there is no decisive verdict yet, Gin Chao said that Binance is “definitely considering” joining the association.

“We’re definitely considering it. And so, we would like to throw our hat in the ring. Whether or not we will become one, we’ll see,” revealed Chao.

With regards to the Libra Project, he commented:

“It’s a good thing, for sure. Any time a company with the weight, size, resources, and impact of Facebook gets involved, it validates both blockchain and then, in this particular case, cryptocurrencies specifically. So whether or not Libra becomes incredibly successful, it’s already a good thing,” further adding: “It’s good that it’s taking a global perspective. There’s going to be the US dollar and a basket of other currencies. […] So I think that they have that part philosophically correct, as far as a stable coin goes.”